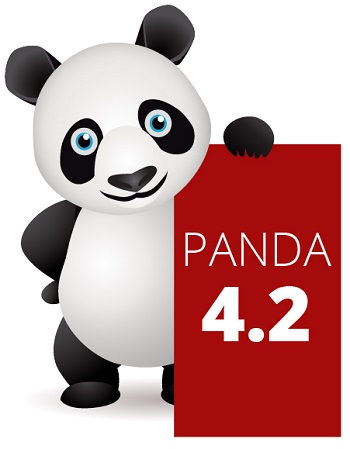 Google always works to better the search through its new and improved updates. This time, Google Panda 4.2 has another surprise for its users. One of their spokesperson said that Google always tries to improve its searches, so that search results are of higher quality and more relevant for everyone and this is one way we do it.

Well, with this advancement there exist certain changes. Have a look at what have been the major changes.

Google confirmed that the update has affected only 2-3% of search queries. The effect is much less than the previous updates of 3-5% in September 2014. There was another update this year popularly known as Return of Phantom: Google update on 3rd May. This update impacted by of the websites, with some going up while, some landing downwards.

Donâ€™t forget that all queries werenâ€™t affected by the new refresh.

A refresh and not an update

For those who want to jump into the conclusion, let me tell you that this update is more like a technical refresh then an update. Itâ€™s reapplying the identical signals from the previous Panda for this update. So, itâ€™s clear that Google is worked on to improve Google Panda 4.2 technically rather than opting for a completely new version.

No doubts that once Google introduces such change, itâ€™s almost inadequate to make any further change in content or other digital marketing practice. Due to the fact that as and when Google submits such updates itâ€™s of no use put any change, as it tends to be too late.

With said that itâ€™s always good to keep updating the content to avoid being trapped by Googleâ€™s updates. Moreover, continuous updates are advisable to gain better traffic & engagement for the website.

Likewise, if you were negatively impacted by previous Panda updates, youâ€™ll need to update your working on the web. In short, itâ€™s prudent to update the content before it gets late.

Who will this affect?

While the update was rolling out, much good quality small and medium sites were ranking higher.

But the slower update can flip the current picture into a brand new one.

Will Panda roll into core algo?

When I saw the Panda update I believed it to be the reverse of Google Panda 4.2, as it rewarded good quality content and penalized the bad one.

Google could be tweaking on the core algo, so that its positive signals result in the great content and the lower content- even if not penalized- will rank much lower, so long as there is better quality to higher them.

Panda 4.2 is here and now you can tell that it actually has arrived. However, as it rolls out continuously, you might experience a significant change or may be a negative one.