Why Hadoop is the Future of the Database 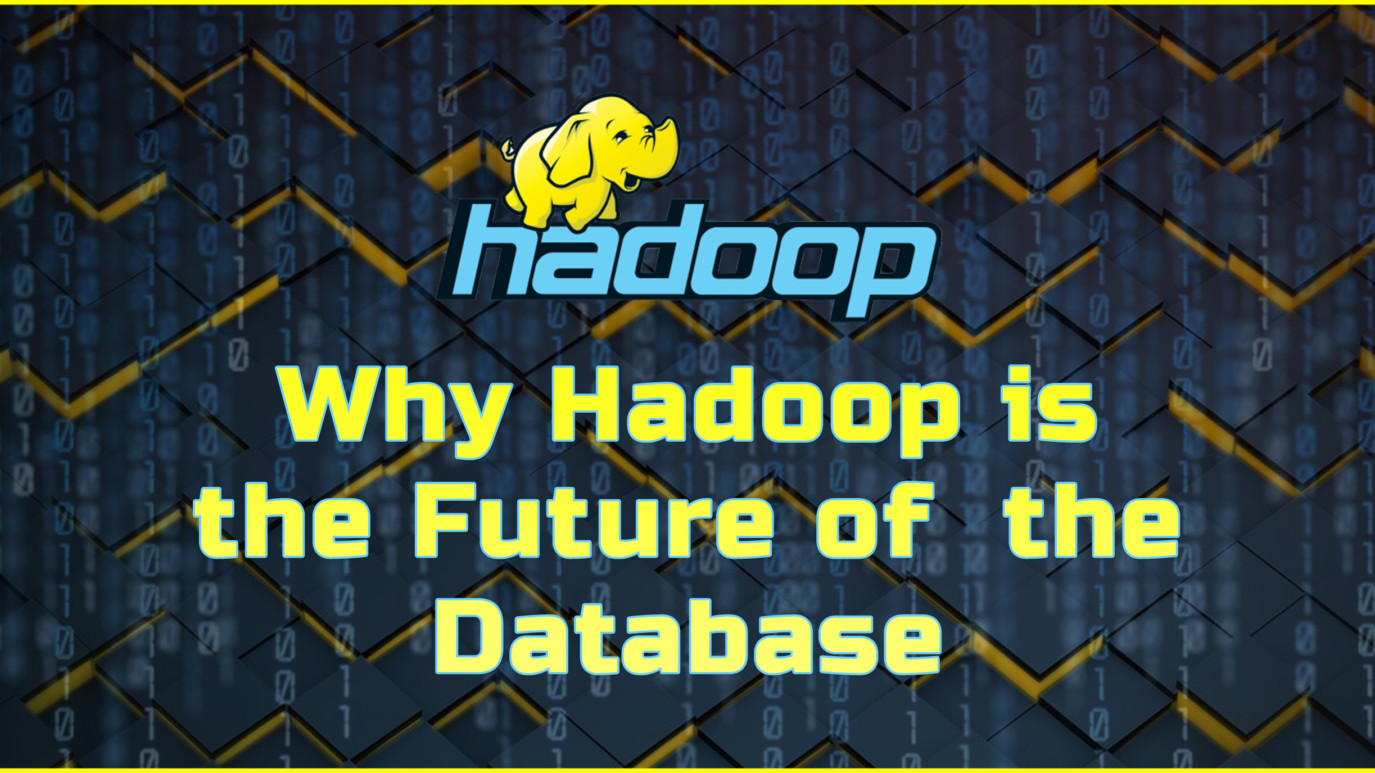 Hadoop is now the buzz word on everyone's tongue in the database business was a completely unknown process in early 2000 when it was in its infancy stages of development. What data analysts, as well as manufacturers, had realized by the beginning of the new millennium was that no matter how fast their machines were able to process, the sheer growth in the volumes of the database itself would mean that machines would never be able to keep up in terms of speed.

The solution to the big data issue lay outside of the scope of increasing machine speeds. Hadoop was developed as a framework that would utilize reduced computing to process data; meaning that no matter the size of the data or the volume of computations required the system would be able to handle them. This was achieved by the use of Hadoop Distribution Files System (HDFS) which as its name would suggest stores the data in clusters over a number of different machines eliminating the need for RAID storage on any one machine.

Here’s the complete list which will depict why Hadoop is the future of the Database! Read on…

Hadoop does not need any schema or data structure and you have to do just one thing- put it in the lake and structure it when you want to process it. You can give the structure the same data differently at different times, according to your desires. This is called Schema-On-Read. Traditional relational databases are Schema-On-Write. You have to define the schema when you write to it and you are stuck with this schema unless you transform it into something else. These design needs and commitments make acquiring data slowly and reusing it inflexible.

In Hadoop, there exists an assortment of differences on a theme. In addition to, you can write your own for penetrating for data using the MapReduce paradigm. This paradigm is an analysis task, for example, a series of reading requests are sent out to several nodes where the data exists. After that, each and every subset of the total request gathers the data from the local data source before a reduction algorithm collects and reduces the data to make the desired result set. Some consideration will depict this approach for such types of unstructured data for example, for string-searching unstructured tweets.

3. Easy to Reads and Writes

Hadoop is recognized to be faster at writes if compare to other relational databases because, in Hadoop, writes are thrown over the fence asynchronously without delay on the commit from the database engine. On the other hand, in relational systems, a write is an ACID transaction (atomic, consistent, isolated and durable) and only complete when the commit occurs. This can cause with no late for applications that don't want to wait for commit acknowledgment. Thus, Hadoop simply outperforms relational systems here, for the sheer asynchronism of the process.

The Apache Foundation has released Hadoop as open-source, consequently, now everyone can see the source code and view how it will work. Now, everyone can download it as there are no core licensing fees. However, this doesn't mean it doesn't cost anything. The servers on which Hadoop must exist do certainly cost money. Also, as Big Data platforms are designed to scale out not for scale up and you may need more and more servers to serve your data needs. Hadoop platforms are designed for large clusters of nodes and if you can't afford them then we can say it may not be for you.

Companies like Google and Facebook prefer Hadoop because of its ability to organize petabytes of data, but Hadoop works best on a distributed network and its ability to present very large and varied data sets can make for problematic functionality on smaller databases.

With the mounting size of data volume each & every day, all companies are using Hadoop to process this huge volume of data and gain insights from it. This trend will go on in future as well because data size will continue to increase always. Also, it has become an evolving technology as it is an e open-source technology. Even enterprises invest more heavily in such technology. Thus, we can confidently say that Hadoop is moving forward to become a dominant technology.